The Psychology of University Procrastination: How to Fight the Beast 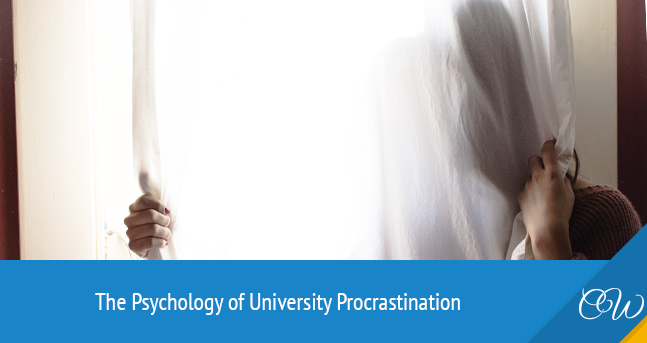 Every night in a university, students with an assignment to turn in the next day will almost certainly pull an all-nighter to get the assignment finished. Of course, they were given enough time to get the work done, but as students suffering from procrastination, they waited patiently for the deadline.

No matter how tough the work is, students find it extremely difficult to start working on the assignment especially if they’re not turning it in anytime soon. This not only leads to failing grades, one’s health is bound to crash under the unnecessary pressure and stress brought about by procrastination.

The biggest challenge faced by a procrastinating student is trying to exhaust a course syllabus the night before the examination. This can be pretty tasking as the body is left with no time to recover because the student has to study for the next paper. Thus it is no surprise to see a large number of the student population sick during examination periods, no surprise either that their grades are capable of giving anyone (the students inclusive) a mild heart attack.

As humans, procrastination is something we can’t push to the curb since we all happen to suffer from it. However, it becomes a disease for the one whose life is lived on procrastination to the point where it affects their grades, jobs, social life, and of course, their health. But it’s a disease that can be fought and it’s one you can win unless you procrastinate the fight.

As pointed out by a 2007 study, 80 to 95 percent of college students were avid fans of procrastination and with a value this high, it becomes imperative that we ask ourselves why. Why do students procrastinate? This could range from viewing the work to be irrelevant and boring to not feeling the assignment or work needs to be done at a given time.

As postulated by Ferrari et al., students were prone to procrastination because:

How to Overcome Procrastination

Fighting the beast is not something most students are interested in; well, not until their grades take a huge plunge. Below are a few tips that would help you get started and hopefully with time, get you to win the battle:

0.00 avg. rating (0 votes)
RELATED ARTICLES
The morning is a fundamental part of the day of a busy person, especially for a busy mother. As it is a milestone of your day, it may either set...
With most educational institutions closed, the whole world is being challenged to move schooling online. In this stressful pandemic situation, the US has more than 87% of internet penetration with...
Late December is a precious time. The finals are over, and Christmas is almost here. All of us enjoy this miraculous holiday. Still, buying Christmas presents may be tougher than...