Why Finnish System of Education Should Be Looked Up To?

‘We Created a School System Based on Equality’ – Finnish minister of education, Krista Kiuru (2014)

To the outsider, particularly from the United States, the Finnish education system seems like one which makes a habit out of bucking trends. Children don’t begin school until they are 7, have longer recess and holidays (up to 300 hours more per year) than an average American kid, no exclusive ‘private’ schools, ‘gifted’ programs and scholarships or divide based on economic backgrounds. Every child at the age of 7 is supposed to enroll in a government sponsored schooling system. 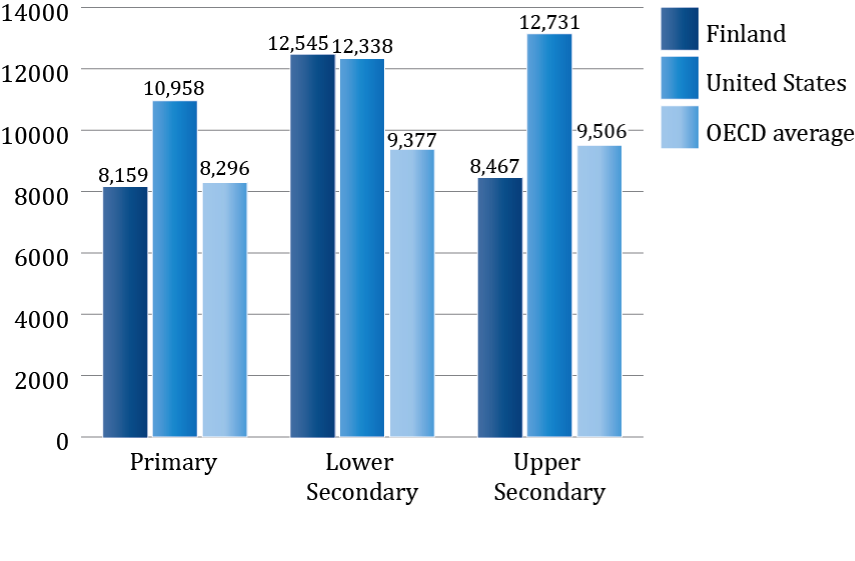 Yet, they regularly outperform their counterparts from UK, Germany, Japan and the US. PISA tests have showed Finland ranked atop economic competitiveness scale as well. It is no coincidence that Finland, which had abysmal primary education system in the late 1960s, set some of these steps into motion through their “Policy Development and Reform Principles of Basic and Secondary Education in Finland since 1968”. A paper from the World Bank archives recently showed a direct correlation between their economic growth and prosperity of their educational system.

Some of the clear departures from the high-pressure academic environment in East Asia (which owes its success to the unrelenting pressure it places on its young minds), developed European nations and the United States are:

All the factors above combine to create an education system, which truly ‘educates’ rather than creates literate, book-smart students, while investing in equality of educational opportunities first, and then honing the individuality and natural instincts of students.

Published by
Lauren Bradshaw
View all posts
Lauren started writing in 2003. Since then, she tried her hand in SEO and website copywriting, composing for blogs, and working as an academic writer. Her main interests lie in content marketing, developing communication skills, and blogging.
RELATED ARTICLES
Many people take reading skills for granted, but in fact, reading and properly comprehending a text is a very complex process that draws on many skills. When we read something,...
No person can feel fine when the days become shorter and the chilly wind turns fierce. Though in some states the weather can be mild all winter through, most Americans...
Follow Me to the Library When was the last time you visited a book store or bought a book for the mere pleasure of reading it? What was the name...