Teaching responsibility: what your work does to your child

Employment equality is a common thing today, which means that women constitute approximately half of the workforce. In such a case, rarely does a woman compromise her motherhood in favor of a career or education, and it means that a lot of women must learn to balance their occupations and motherhood.

The child sees you in two important roles

Commonly, the image of a stay-at-home mother limits a woman to being a nurturer. Meanwhile, the children of working women learn early that the nurturer is only one of the roles their parent takes. The image of a professional is usually attributed to the father, yet fathers often do not tend to take the leading role in nurturing a child.

When children are informed that their mother has other duties apart from the full-time service for their emotional and physiological needs, it teaches them responsibility and autonomy long before they face it first-hand in their adulthood, which increases the chances of handling it easily.

Remarkably, the duality of the mother’s image as a professional and a nurturer does not compromise or undermine any of the woman’s duties. It means that the woman surrounds her children with the same love and support, only they see that it is not the ultimate goal in the occupation of their mother. In this regard, children learn to respect the time of other people and, later, their own time, seeing their mother as a role model in dedication and excellent time management, which is the path a working mother requires.

Apart from learning the responsibility in handling personal matters, children learn the importance of being a professional, as both their parents transmit a message about the matter of having a profession, self-development, and job satisfaction. 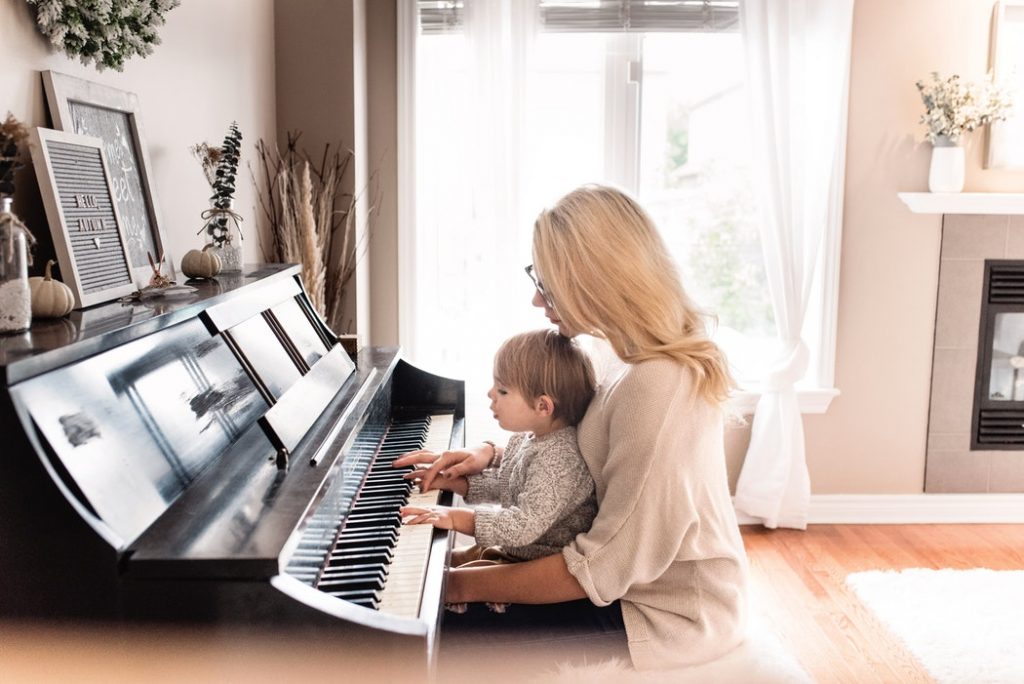 Photo by Paige Cody on Unsplash

They socialize with a childcare professional

One of the fundamental principles of a successful balance between work and motherly obligations for a woman is finding good childcare. It must be a person that the working mother can fully trust and, even more importantly, who shares the mother’s views on caregiving. It will be the person that the child will interact a lot with while the mother is at work. Therefore, the communication of the child with the nurse-maid will impact their psychological development as well.

One of the most important benefits of having a nurse-maid—apart from the free time—is that the child learns a new model of socialization at a very early age. Women tend to view a nanny as a factor in the child’s alienation from the parents. However, it proves to be a brand new model of interaction that the child acquires. If it is too early for a child to attend a kindergarten, a nanny serves as an image of a caregiving adult to maintain a distance with. With a nurse-maid, the child takes his or her first and guided steps in socialization and takes in a new social role apart from the one of a son or a daughter.

They learn to be a part of the family schedule

Children of working mothers learn early that they are not the centers of attention, because the behavior of their mothers proves it is possible to combine taking care of the family and being successful in other realms of life. A working woman develops the masterful skills of showing equal dedication to their home and their work without neglecting either of these.

For the child, it is a healthy example of time management and prioritizing in different situations and social roles. For instance, he or she will see a clear distinction between the time they are required to demonstrate responsibility in their duties or have their free time to use in whatever way they please. Children will also learn to switch the behavioral pattern between purely informal, which is suitable for the family surrounding, and one in which they must show a measured attitude to people and matters around. 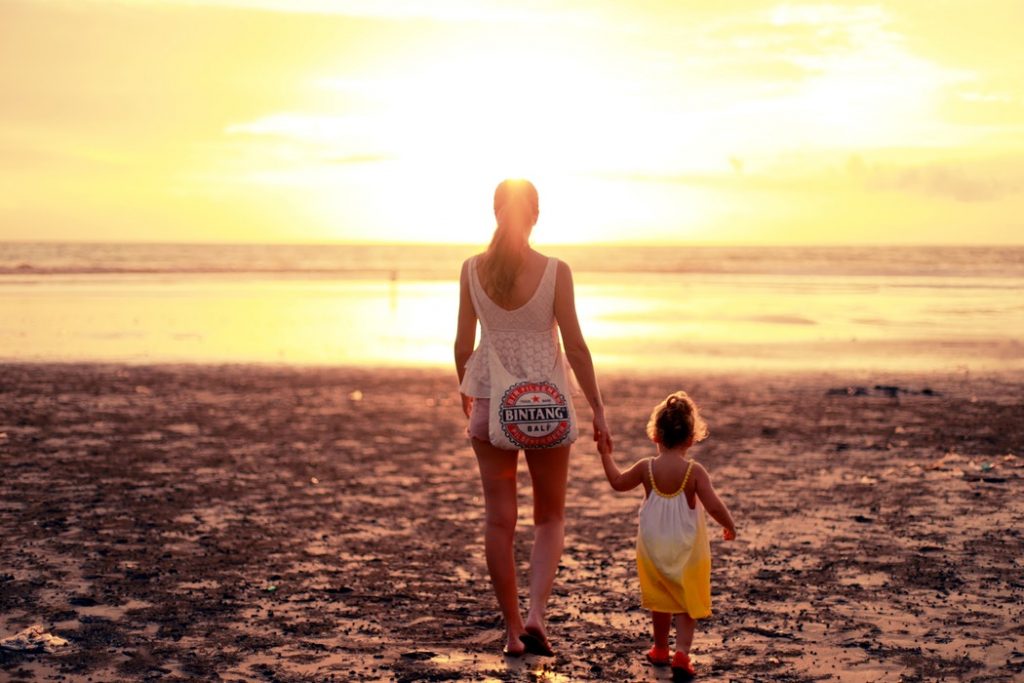 Photo by Chema Photo on Unsplash

Working mothers do not overparent their offsprings

Some mothers think there is never enough attention they could give to their child, which sometimes may result in negative consequences for the psyche of their offspring. As well as terminal neglection, the excessive attention to the child in every aspect of his or her life may cause serious psychological problems—so it is important for the mother to keep her care reasonable.

Thus, one of the most common mistakes in excessive attention to the child is ‘helicopter parenting.’ It is a pattern of behavior in which parents are so worried about their child that they constantly ‘hover’ over him or her. It is, in fact, a demonstration of the desire to protect the child, yet it reflects negatively on the personality of the offspring. Children who experience helicopter parenting tend to grow up irresponsible and unable to handle the simplest decision-making situation, which is harmful to their careers and even personal lives.

Moreover, children may not even indulge in the excessive attention of the parents. In a worse scenario than a previous one, a child with overprotective parents may develop anxiety. Parents who dedicate all of their time to their children may not notice when their care turns into intrusion in terms of the privacy of their kids. In this regard, the anxiety of being constantly watched may mess up the child and penetrate even their adult personality. 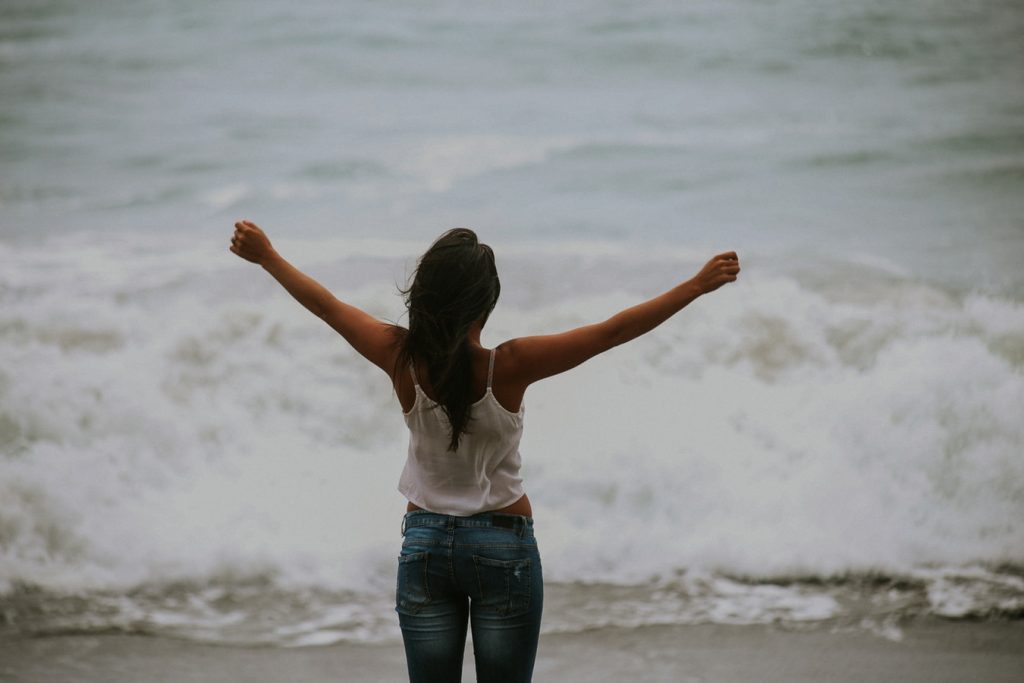 Photo by Ryan Moreno on Unsplash

Children with working mothers grow up into happy adults

Working or staying at home, the mother is a role model for their children. The behavior that she shows is the one that children mimic unconsciously, and includes actions, attitudes, and aspirations in life. Such a role model has a different impact on boys and girls.

Girls with working moms grow into more ambitious and stronger leaders. According to this year’s study in employment, girls who have a working mother as a role model tend to be more mindful in their education for their future career, show responsibility at an earlier age, occupy more leading positions at work, and earn more money compared to daughters of stay-at-home mothers.

The impact of the working mothers concerns boys as well, even though boys tend to copy their fathers in their employment path. The influence of working mothers shapes their attitude toward women at the workplace and in general. Thus, men with employed mothers show an egalitarian attitude to women in the workforce and choose employed women as their partners. In other words, men raised by working mothers are less likely to discriminate against women.

Being a mother at home and a professional at work are massive energy consumers. Mistakes in any of these realms may have a great cost, but finding the right balance between the two is rewarding and fruitful. If you think that having a job means being a bad mother, it is not true. It is for the best of their personality, autonomy, and aspirations in life.

Published by
Lauren Bradshaw
View all posts
Lauren started writing in 2003. Since then, she tried her hand in SEO and website copywriting, composing for blogs, and working as an academic writer. Her main interests lie in content marketing, developing communication skills, and blogging.
RELATED ARTICLES
Writer’s block is not a fantasy created by lazy writers who just don’t want to write anymore. This is a real state of mind when zero good ideas occur to...
While students learn, they face a lot of impediments of academic and non-academic origins. They commonly induce a lot of stress and when the youngsters go from school to college,...
A piece of paper is not much but just enough to keep your mind in balance. Our common sense says there is nothing wrong about being precise and attentive to...